The #1 rule when creating a website? Make it fast. We’re talking hyper sonic here. Warp speed. Studies show that most people will abandon a website if it takes longer than three seconds to load.

Fancy logos or clever titles are nice. But if your website takes longer than three seconds to appear, chances are no one will even see it. 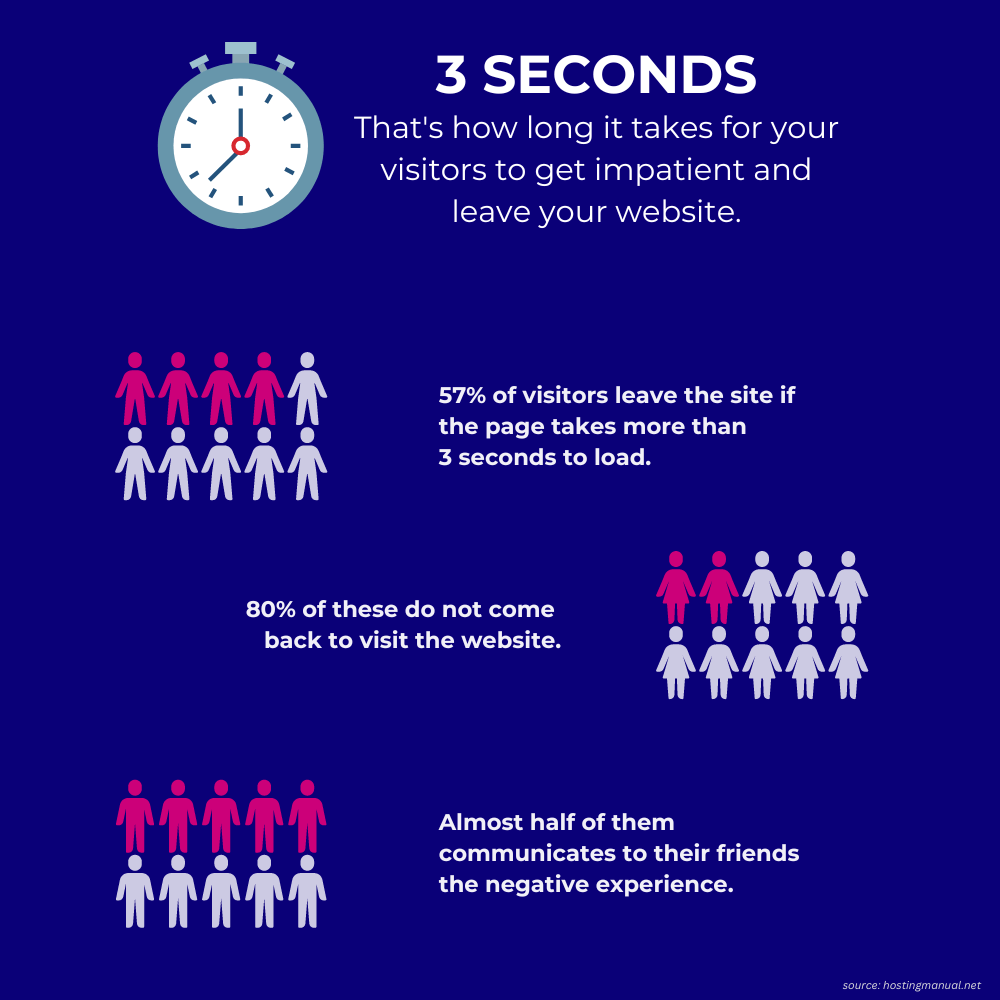 Just a single second delay can result in a 7% reduction in conversions. (Yes, every second counts!) Translated into real terms, an ecommerce website pulling in $100,000 per day would potentially lose $2.5 million in sales each year due to laggy load screens.

As competition increases and attention span decreases, these losses are likely to get even higher in the future. If you haven’t begun to address loading times, hurry up!